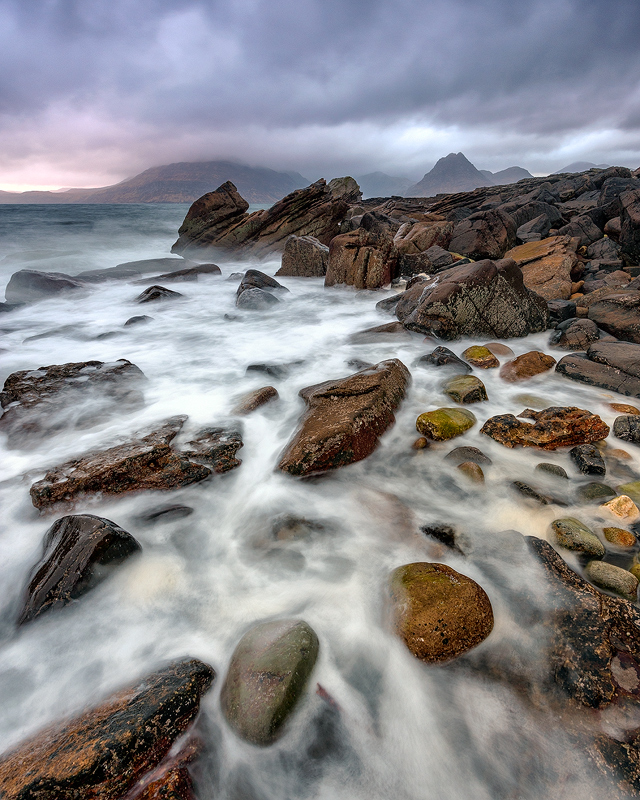 It rained heavily on the drive down to Loch Scavaig and Elgol and it rained heavily on the return journey. But changing weather is what one expects on the Isle of Skye and as I drove up and over the hill then down to Loch Scavaig the rain stopped. I had already decided on the drive down that I wanted to avoid the more popular vistas which are located further on from where I made this photograph and round to the right. Joe Cornish's well known shot was taken round there and that area seems to be the Mecca for photographers. I had been there before but lets try something different.

The light was fading by this time and the rain was moving in again and as I stumbled over the foreshore I knew that I wouldn't have much time to find a satisfying composition. I was lucky in that I found two compositions before the pounding rain returned.

Some forty minutes later I was wet and back in the car driving back towards Broadford in the rain. I started to wonder if I would have settled for those compositions had I had more time. Maybe sometimes you can have too much time!