Findhorn - The Colours Of Magic 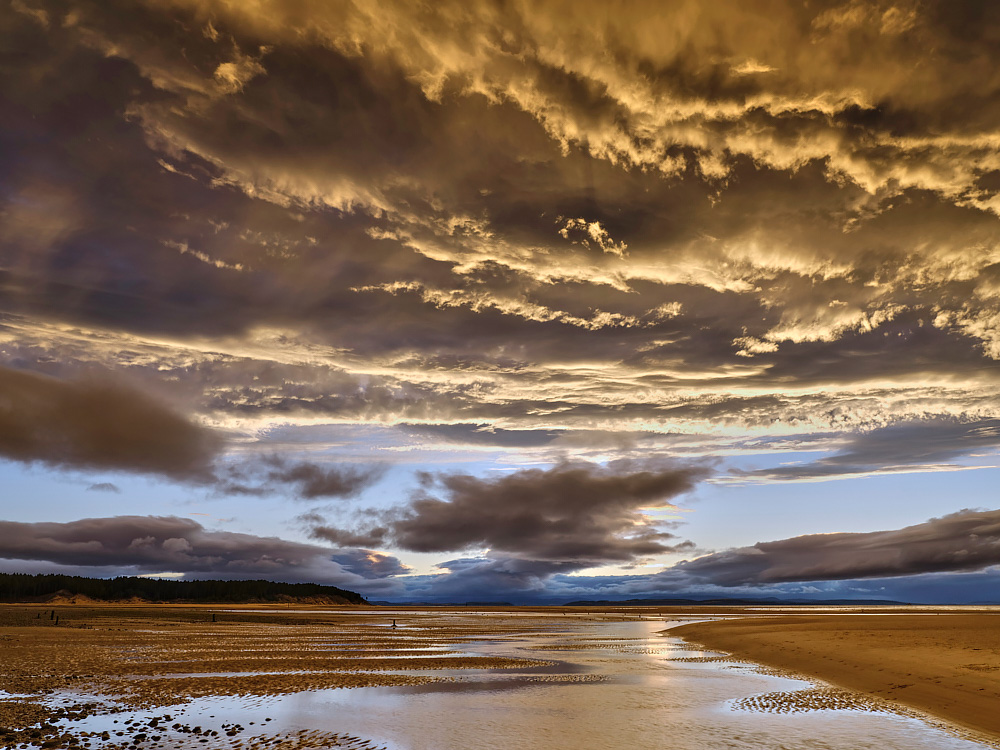 On the evening of September. 2nd. 2020 Ian Cameron and I had arranged to meet up at Findhorn hoping for some good light. Another photographer, Garry Paul, also appeared and what looked to be an evening of good light quickly changed as the three of us, along with a fair number of Findhorn residents, were treated to an amazing light display, some rare cloud formations, rainbows, light beams that seemed to emanate from the ground and shine up to the sky and a depth and intensity of colour none of us had ever experienced before. A special night. This image was taken early on in the evening.